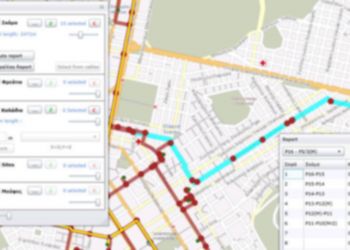 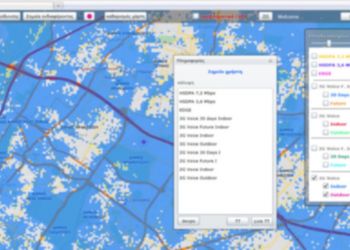 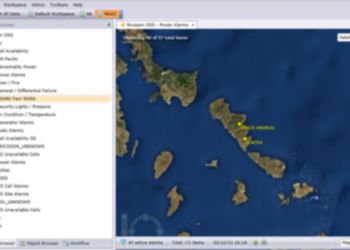 Terra has been working with Wind Hellas since 2010 and has implemented a number of projects mainly for the Technical Department of the company.

The collaboration with Wind Hellas started in 2010 with the assignment of the Coverage Information Tool for the Customer Service Department. The application allows the query for mobile coverage services anywhere in Greece within a phone call period.

The collaboration continued in 2011 and 2012 with the assignment of three geoinformatics projects for the Transmission Networks, Fixed Telephony and Construction departments. Particularly for the Technical Department of Fixed Telephony it was developed the WebGIS application “Fiber Optics Network”, which consolidated all the databases of Fixed Telephony either in digital or hard copy format into a single Geographical Information System with a uniform projection system and spatial search capabilities, such as calculating conduit length in municipalities to calculate transit charges, distance measurement on a cable to locate possible faults and distance measurement between two or more manholes on the conduit or cable.

In September 2012, our company was commissioned to implement the Fault Management System for real-time monitoring of network alarms for the Network Operations department.

The cooperation with Wind Hellas continued in 2013 with the assignment of the project for the consolidation of the Radio, Transmission and Construction departments’ databases and that set the foundations for the creation of an integrated Inventory system with the functionalities of flows of the processes monitoring from the various departments of the company.

In the same year, Wind Hellas entrusted Terra with the responsibility of supporting the Trouble Ticket system, which, among other things, Wind Hellas staff manages both external customers, issues / complaints and the internal functions of its preventive maintenance infrastructure of the Access Network. To upgrade the system, Terra made corrective actions by implementing code and upgrading system hardware. This system was replaced in 2015 by a more modern one and Terra has until now maintained the support of the fixed measurements subsystem.

In 2014, with the transfer of the Wind Hellas and Vodafone Access Network Operations management to VICTUS Networks, the Wind Hellas Radio base was also transferred to VICTUS Networks for use of VICTUS technical staff. The application was renamed to Radio Management System (RMS). At the same time, the application was enriched with a new functionality regarding (a) the consistency between the subsystems from which information is retrieved (Vendors OSS) and (b) the creation of two work-flows (processes).

In 2015 the WebGIS Cartographic Imaging Application of the Mobile Telephony Network for the Wind Hellas Technical Department was implemented and in 2016 new functionality was added in the RMS to support 4G technology.

During these years, Terra has implemented a number of small projects in the context of upgrading the functionality of the above systems in the form of “change requests” and others.

Terra creates mobile telephony services coverage maps that appear on the Wind Hellas Web Site and has provided the web Services for the “Availability Search” service of Wind Hellas SIMPLEfi.